The gateway to the earliest passengers of the pier, patient rooms, and letters filled with memories…

One of the oldest structures of the port area, the Post Office is one of the finest in the city with its characteristic slate dome and roof, unique spaces and facades. The building is now being restored to embellish the city once again as an iconic symbol of Galataport Istanbul. Post Office reinterprets the traditional bazaar culture of the city, and contains essential brands alongside new ones. An important destination in Karaköy in its own right, Post Office brings the city’s traditional shopping culture to Galataport Istanbul. 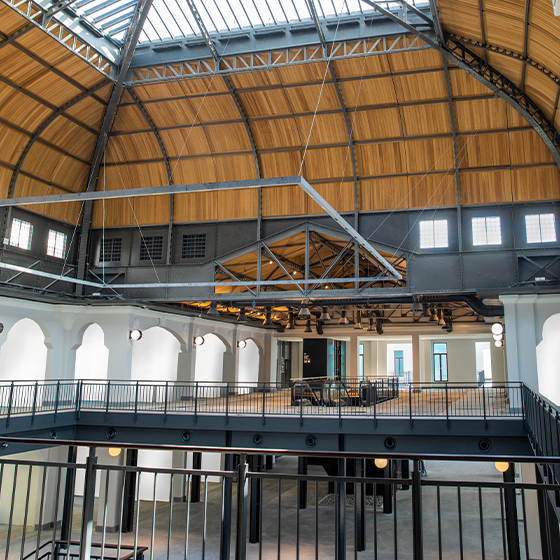 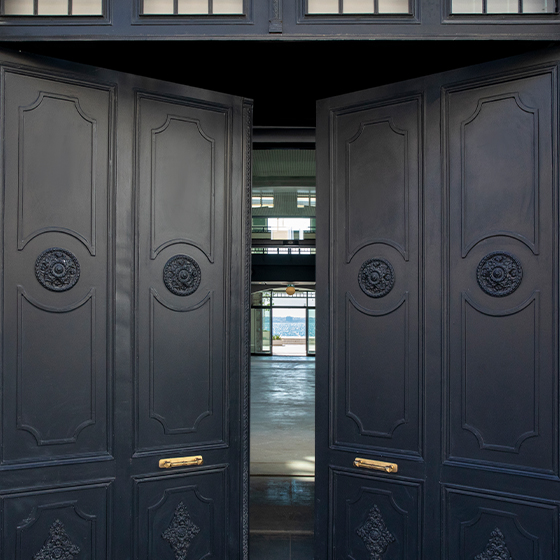 From the First Passenger Terminal of the Karaköy Port to Post Office.

Born in early 1900 from the need of a terminal for passengers arriving at the port, the structure served as Türkiye Denizcilik Bankası A.Ş. Hospital and Post Office for a time. The project for the building was designed by engineer S. Saboureaux in 1905. Construction began in 1907 and was completed in 1911. Initially conceived as Galata Rüsumat (Customs) Office, the structure is also the first passenger terminal of the Karaköy Port. The structure originally had two passenger lounges, with the main domed area serving first-class passengers, and the small domed area serving second- and third-class passengers.

During its earlier periods, the ground floor of the building was used as a warehouse, customs area and passenger terminal, while upper floors housed administrative functions, such as the headquarters of the Der-i Saadet (Istanbul) Port, Dock and Warehouse Company and the Customs Office. Over time, the building assumed other functions, serving as the Maritime Hospital after 1934 and with the end of customs and cargo operations in Karaköy following the expansion of the Haydarpaşa Port in 1957, started to serve as the Parcel Post Office (Paket Postanesi).

The building’s restoration was led by a team of specialists who first prepared detailed drawings of the over-100-year old Paket Postanesi, which has a 180-meter facade on the seafront. At the same time, soil surveys, concrete tests, material and deterioration analyses were carried out to identify static and architectural problems with the structure. Construction began with ground reinforcement and continued with the restoration of the slate roof of the post office. The structure’s dome, slate roofing, roof beams and garters and finally the wall plates were meticulously dismantled and transported to the workshop in Tuzla. Layers of paint and corrosion were removed to reveal the damaged areas, which were reconstructed to their original specifications. The slate roofing was reinforced with steel, and all repaired and reconstructed steel and roof members were sealed with anti-rust coating to protect against future damage.

To ensure that the dome is reinstalled correctly in the first try, it was reassembled on a rented area in Tuzla and surveyed using laser scanning. This survey informed the design of the reinforced concrete base of the dome. The roof was disassembled again and kept under ideal storage conditions in a warehouse while the concrete base was being constructed. After the repair, the main dome was transported and lifted to place using platform cranes and heavy cranes over the course of three months. Teams of experts restored the historical details of the structure, which was complemented by modern architecture, contemporary sustainable resources and materials, transforming into an exemplary monument that will stand the test of time for centuries to come.

Following months of meticulous restoration by experts, the historical post office building is open to its guests. The post office building is poised to become an iconic aspect of Galataport Istanbul, and is an excellent meeting point for artisans, leading local brands, Turkish brands with global presence, and international boutique brands.

These brands will serve visitors in Galataport Istanbul, which offers a unique shopping experience based on the centuries-old traditions of the Grand Bazaar. The Post Office features 73 boutique stores facing the interior and exterior courtyards for a novel shopping experience on a 180-meter coastline overlooking the historical peninsula.