A hidden floor that remained under the ground for decades, unearthed in a meticulous effort by scalpels and brushes…

Galataport is Istanbul’s new hub of arts, design and culture as well as a cutting-edge world-class homeport, and as part of the project, several historical heritage buildings within the site have been restored to their original state to enrich the city once more. One such building is the Tophane Clock Tower, also known as Nusretiye Clock Tower. Tophane Clock Tower is one of the oldest of its kind still standing in Istanbul, and has been restored using a highly specialized technique. 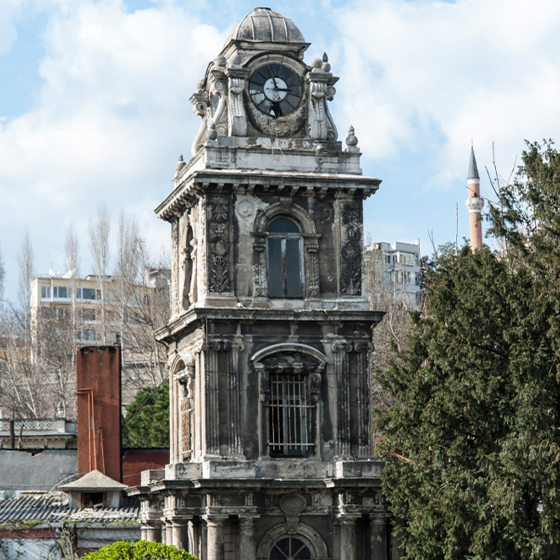 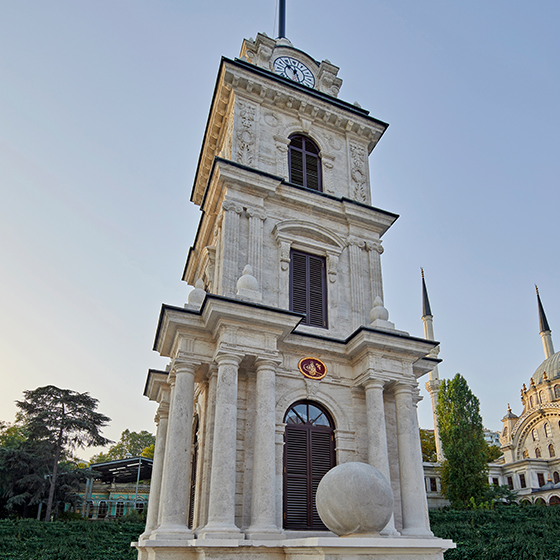 A Symbol of Time and Transformation

Commissioned by Sultan Abdulmejid in the second half of the 19th century, the tower bears the sultan’s tughra over the door facing the sea. The tapered structure has four stories including the clock section. Built in the neoclassical style, the tower was originally located on the seafront. Over time, the clock tower began to lean at a 12 degree tilt towards the sea, due to the weight of its flag tower up top and the shifting of the ground underneath. In this sense, the tower resembled the Leaning Tower of Pisa.

Restoring the Past, Building the Future

Expert teams of Galataport Istanbul began the arduous work of restoring this important historical building utilizing highly specialized techniques. Dutch company Bresser, which has a unique expertise in this line of work, was tasked with the restoration. Excavations during the restoration revealed another, previously unnoticed floor underneath the tower, which had been covered with a layer of soil over time. This 140 centimeter section of the Tophane Clock Tower was meticulously raised out of the earth. Once it was lifted, the layer of dirt and grime covering the tower’s surface was removed with painstaking attention to detail, using tools similar to dental picks. At the same time, the two Zenith clock facing the sea and inland were repaired and brought back to working condition by Recep Gürgen, a master clockmaker who has years of experience restoring palace timepieces.

For many years, Tophane Clock Tower has witnessed the first step visitors took in Istanbul after a long sea journey. Today, it is not only an icon of Galataport Istanbul, but a hint to visitors that the city has much to be explored. Tophane Clock Tower is located at the center of Istanbul’s first museum square, between Istanbul Modern Arts Museum and MSGSU Istanbul Museum of Painting and Sculpture.

The Museum Square drives cultural interaction with the great many culture & arts, design & fashion events it hosts throughout the year. At its center, Tophane Clock Tower stands tall once again, ready to bear witness to Istanbul and its visitors.

Tophane Clock Tower is located on the European coast of Bosporus, on the Meclis-i Mebusan Street in the Beyoğlu district, and to the southwest of Nusretiye Mosque. The tower is in close proximity to many historical heritage sites of Istanbul as well as touristic destinations of Karaköy, and is accessible by taxi, Bağcılar-Kabataş tram, Taksim-Kabataş funicular and Kadıköy-Karaköy ferries.